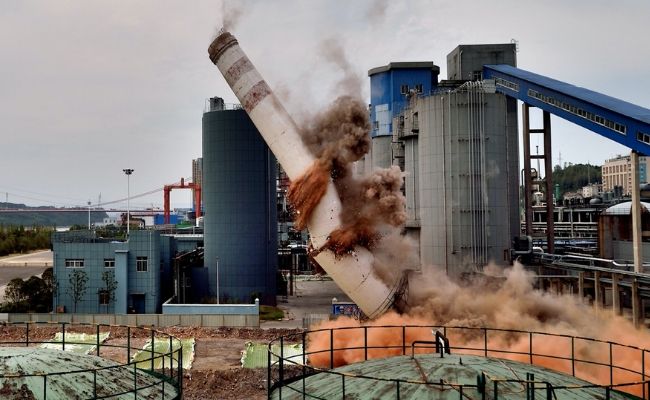 Many trillions of dollars need to be spent, much of it by the private sector, to improve the environment and contain global warming, a senior adviser to China’s central bank has warned, as he launched the newly created Hong Kong Green Finance Association on Friday.

But the good news is that green loan borrowers are less likely to default, said Ma Jun, a policy adviser to the People’s Bank of China, than those taking out other loans, making the sector appealing to the global banking community.

Ma said the adoption of green finance has become a growing trend around the world following what has been a 20-fold surge in energy consumption in the past century.

In China, all listed companies will have to be annually disclosing their environmental plans and spending by 2020, becoming the only major economy with such compulsory requirements in place – and that will be critical in driving global capital markets in their funding of more green projects in future, Ma added.

“Only by identifying who is green and who is not, will the market be able to effectively invest funds into the sector and reduce their exposure to the ‘brown sectors’,” Ma said at Friday’s launch.

The term brown sector finance is money being used to fund high carbon, and climate-risk projects.

The new association has been created to put Hong Kong on the world map as a green finance hub, he added, as well as to promote the city’s green financial services to the mainland, especially to help fund the ongoing Belt and Road Initiate, which has the building of green infrastructure projects across the region at its core.

The economic development plan, initiated by China in 2013, is alone expected to require US$1 trillion annually of green investment, said Ma, who also represents China and co-chairs the G20 sustainable finance study group which comprises 15 global central bank and supervisory members coming together to create a global consensus on green finance.

The country is also in a position to consider adopting lower risk weights of green assets on the basis of financial stability considerations of its banking system, Ma said.

No country has lowered their risk weights for green assets mainly because most still do not have a green loan definition and thereby unable to calculate the default rate on green loans.

Risk-weighted assets are used to determine the minimum amount of capital that must be held by banks and other institutions to reduce the risk of insolvency.

Financial regulators of many other countries are still unable to prove their green loans default rate less than non-green loans, and thus have no basis to introduce such a new measure.

He quoted other latest data from the OECD, which suggest between US$5 trillion and US$7 trillion of green investments globally is needed in areas such as pollution control, clean energy, clean transport, green building, and energy conservation per year in the next 15 years.

Separately on Friday Hong Kong’s Securities and Futures Commission (SFC) announced its strategic framework to contribute to the development of green finance in the city, to complement existing initiatives to promote green bonds.

Priority is being given to helping listed companies develop full disclosure of their environmental information, with an emphasis on climate-related risks and opportunities, the SFC said in a statement.

The watchdog is also expected to conduct a survey of asset managers and asset owners on their sustainable investment practices, to make clear how and to what extent environmental criteria are factored into their investment processes and risk assessments.

“The disclosure is about long term risk for climate change. What would a breach look like? If you don’t know, then it doesn’t work.” said Ashley Alder, the SFC’s chief executive officer.