20 September, 2021 HKGFA In the NewsIndustry News 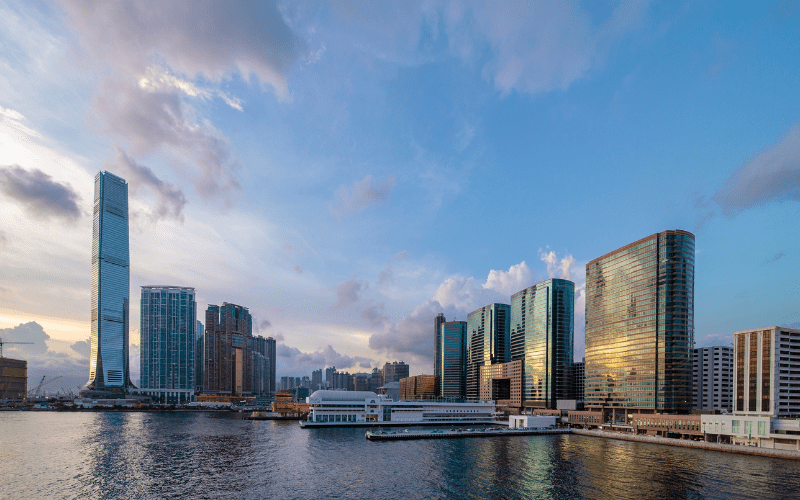 On Aug. 9, an institution and an individual from Hong Kong bought nearly 10,000 tons of China Certified Emission Reductions (CCERs) from an Elion Group solar power project in the Kubuqi Desert. It was the first cross-border transaction involving CCERs. The credits are one of several manifestations of China’s system for reducing emissions of carbon dioxide, the main greenhouse gas causing climate change.

Notably, the 4-year-old Elion solar power installation hasn’t received the CCERs from the government because the National Development and Reform Commission suspended its CCER registry in March 2017 to revise the standards. The buyers agreed to acquire the CCERs on the expectation that China will resume issuing the credits next year and that some new-energy projects are likely to meet global standards, according to Jeff Huang, co-founder of AEX Holdings, a Hong Kong-based energy trading firm, who facilitated the CCER deals.

Though terms weren’t disclosed, the transactions were a rare piece of good news for the sputtering national carbon market in Shanghai. After trading opened with 4.1 million tons of carbon credits changing hands July 16, daily volume shriveled to 6,001 tons Thursday. The carbon price in Shanghai is about 55 yuan ($8.49) per ton, a tiny fraction of the $67 a ton for carbon dioxide equivalents on the European Union market.

Under China’s emissions trading system, the government sets quotas for the amount of greenhouse gases that companies can emit during a certain period. Those that spew less into the atmosphere than they are allowed to can sell their excess quotas in the form of credits to buyers that emit more than their allotments and want to avoid paying fines.

The market aims to put a price on carbon dioxide to create pressure to reduce emissions. Initial market participants included more than 2,000 power generation companies with a total of 4 billion tons of annual carbon emissions. But the current minuscule daily volume makes it difficult to put an effective price on emissions, a person at the exchange told Caixin.

In addition to carbon quotas, market participants can also trade CCERs, which are credits issued to entities that register to voluntarily reduce emissions. CCERs are one of six emission reduction programs approved in March 2020 by the Carbon Offsetting and Reduction Scheme for International Aviation (CORSIA), a system developed by the International Civil Aviation Organization.

China’s standards and methodologies for certain projects don’t measure up to global standards, so international buyers are loath to buy CCERs that were not in line with global standards, AEX Holdings’ Huang said. His Hong Kong clients bought the Elion CCERs to offset their own emissions, Huang said.

The individual purchaser was identified as Christine Loh Kung-wai, former Hong Kong undersecretary for the environment, who is now chief development strategist at the Institute for the Environment of Hong Kong University of Science and Technology.

The other buyer is Ben McQuhae & Co., a Hong Kong law firm that focuses on technology and environmental, social and governance issues.

“High-quality CCER trading is critical to the future of China’s carbon market and the transition to zero carbon for society as a whole,” said founder Ben McQuhae, who is a co-founder of the Hong Kong Green Finance Association. “We are pleased to complete the world’s first offshore CCER transaction to advance the industry.”

AEX as the facilitator aims to promote the use of Hong Kong’s financial advantages by building an offshore carbon market to complement domestic carbon pricing, Huang said. Given the limited supply of high-quality CCERs that international buyers are willing to purchase, Huang said he also hopes China will upgrade its CCER standards in line with international norms.

China’s former central bank chief Zhou Xiaochuan suggested that a “carbon connect” program linking global carbon markets — similar to the Hong Kong-Shanghai connect program, under which investors in the city and on the mainland can trade financial products in each other’s markets — could bring in overseas green funds to support China’s carbon market.