Exploring the links between biodiversity loss and financial stability (只有英文版) 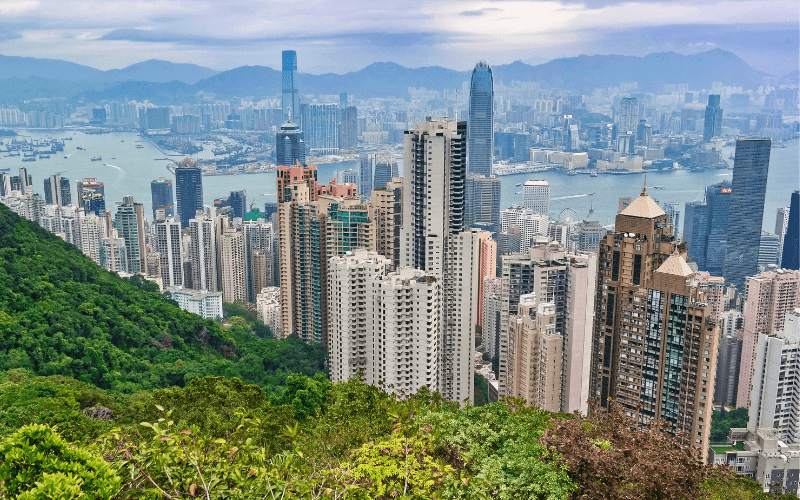 By Ma Jun, Network for Greening the Financial System (NGFS) and China Society for Finance and Banking, and Nick Robins, Grantham Research Institute

In this post for the Sustainable Finance Leadership series, Ma Jun and Nick Robins describe the need for a systematic approach by central banks and financial supervisors to biodiversity and outline the role for a new study group launched by the NGFS and INSPIRE.

2021 could well be a breakthrough year for sustainable finance. Last month the G20 relaunched its Sustainable Finance Study Group, co-chaired by China and the USA, and upgraded it to a Working Group. Financial policymakers and institutions are gearing up to the COP26 climate summit, focusing on how to expand investment for net-zero and climate resilience. Across the financial system, the wider degradation of nature is also gaining increased attention ahead of the UN Biodiversity Conference (CBD COP15), not least because of the realisation that ecosystem degradation is a key driver of zoonotic diseases such as COVID-19.

It is an unwelcome fact that the finance and biodiversity agenda is relatively underdeveloped compared with climate change. A recent assessment by ShareAction of 75 of the world’s largest asset managers found that 86 per cent made no reference to ecosystem protection, natural capital or biodiversity in their policies.

However, this is beginning to change. The strategic case for protecting biodiversity and restoring nature is becoming clear. People rely on nature, not only as a source of sustenance and for finding meaning in life, but also for the ecosystem services provided by biodiversity. The major independent review on the Economics of Biodiversity by Professor Partha Dasgupta, published in February, states that the stock of natural capital per person has declined by nearly 40 per cent since 1992, the year the Convention on Biodiversity was signed. Many ecosystems have been degraded beyond repair or are at imminent risk of reaching ‘tipping points’, which could have “catastrophic consequences for our economies and well-being”, argues the report. For example, the soil beneath our feet contains air, water and minerals as well as organic matter with some of the greatest biodiversity on the planet. Dasgupta states that if this soil biodiversity were completely lost, “the land-based food system would cease to function.”

A host of market and institutional failures explain some of the continuing inability to value biodiversity in economic and financial decision-making. These include the lack of mechanisms to measure and price the negative externality of human activities – especially investment activities – on nature in general and on biodiversity in particular. There is a further lack of understanding of how the loss of biodiversity may impact economic sustainability and the safety of financial assets.

Failings such as these have clearly contributed to the degradation of our ecosystems, including large-scale deforestation. The required ambitious programme of policy reform will form a major part of the Post-2020 Global Biodiversity Framework, which will be agreed later this year. Core to this will be the transformation of systems that mediate our relationship with nature, and the global financial system should play a key role here.

One small but positive sign is that 37 financial institutions, managing €4.8 trillion in assets, have committed to take ambitious action to protect biodiversity. Tools to assess natural capital risks, such as ENCORE, have also been produced. And the development of a framework for better data and disclosure on the links between business, finance and biodiversity is underway through the Taskforce on Nature-related Financial Disclosures.

A growing number of central banks and supervisors recognise the need to extend their focus from climate change to the challenges of nature-related risks and the conservation of biodiversity. Last year, De Nederlandsche Bank was the first central bank to systematically evaluate some of the risks facing the financial sector from the loss of biodiversity. Its Indebted to Nature report found that 36 per cent of investments by Dutch financial institutions are highly or very highly dependent on one or more ecosystem service. The report recommended that “financial institutions identify the physical, transition and reputational risks resulting from the loss of biodiversity”. Other central banks are also taking action: the Banque de France, for example, has analysed the biodiversity impact of its asset portfolios.

These are welcome steps and point to the need for a systematic approach by central banks and financial supervisors to biodiversity. This will involve understanding the impact of finance on the provision of key ecosystem services as well as the consequences of biodiversity loss for financial stability. To drive this forward, a new study group on Biodiversity and Financial Stability has been launched by the Network for Greening the Financial System (NGFS) and one of its research stakeholders, the International Network for Sustainable Financial Policy Insights, Research, and Exchange (INSPIRE).

The study group will comprise researchers from both NGFS members and the INSPIRE community. Its goal is to establish an evidence-based approach to how central banks and supervisory authorities could fulfil their mandates in the context of biodiversity loss, with an initial focus on land use and deforestation. Over the next year, the study group will conduct a programme of research and dialogue to address these challenges and propose recommendations for action and further inquiry.

The impacts of biodiversity loss on the macroeconomy and financial system are still poorly understood. Much clearer delineation of the transmission channels between ecological, economic and financial systems is needed. The study group will examine both the dependency of financial stability on biodiversity as well as the ways in which financial practices impact on the health of ecosystems. It will then explore how central banks and supervisors can take action based on their mandates to respond to the risks posed by biodiversity loss. This will cover micro- and macro-prudential supervision, monetary policy and actions to scale up nature-based financial solutions.

We are at the beginning of identifying the roles that central banks and supervisors can play in responding to the accelerating loss of biodiversity. Some emerging options include enhancing regulatory requirement for financial institutions to measure and report the impact of their investment activities on biodiversity, and advising these institutions to stress-test the impact of biodiversity loss on financial risk indicators such as asset quality and valuation. Our vision is that the new study group can help to lay the foundations for the world’s financial authorities to take practical and meaningful steps towards protecting biodiversity and ecosystems.

Ma Jun is Chair of the Research Workstream of NGFS and Chairman of the Green Finance Committee of China Society for Finance and Banking. Nick Robins is Professor in Practice, Sustainable Finance, at the Grantham Research Institute and Co-Chair of INSPIRE. Ma Jun and Nick Robins co-chair the joint NGFS-INSPIRE study group on Biodiversity and Financial Stability. The study group will produce an interim report ahead of the Biodiversity COP15 to be held in Kunming, China in October, and will publish a final report and an agenda for long-term research in early 2022.

Source: The London School of Economics and Political Science