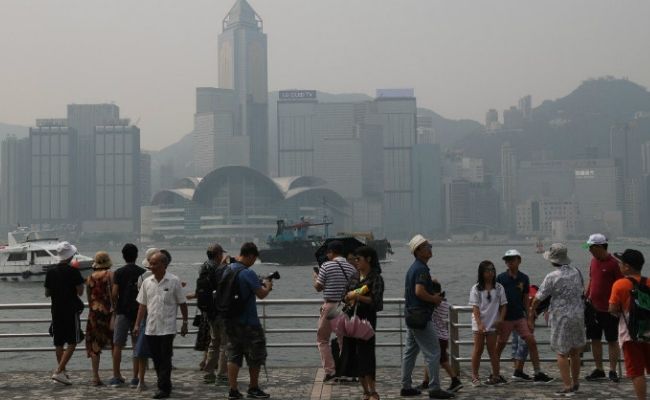 Support for China’s goal to eliminate carbon emissions in the Greater Bay Area by 2050 will be provided by a new advisory alliance combining governments and regulators from Hong Kong, Guangdong and Macau.

The alliance will aim to make market-based recommendations to guide government policies and investment projects to decarbonise the Greater Bay Area region, with the target of zero net carbon dioxide emissions by 2050, said Ma Jun, the former chief economist of the People’s Bank of China.

“The greening of the real economy is very challenging. The use of renewable energy needs to be enhanced substantially in both Hong Kong and Guangdong. Resource use also has to be much more efficient,” said Ma, who is the chairman and president of the Hong Kong Green Finance Association.

Guangdong, in particular, will drive green projects in China given the province has one of its largest economies, Ma added.

The International Finance Corporation estimated that US$16 trillion in additional investment needs to be spent in greening the Asian economy by 2030.

The Greater Bay Area plan is the Chinese government’s scheme to turn nine Pearl River Delta cities, plus Hong Kong and Macau, into a regional business and technology hub that can compete with other prosperous bay areas around the world including Tokyo and San Francisco.

The alliance will ensure money is channelled through bank loans, bond issues, equity offerings and other funds to green project investments, according to Ma, with various financing instruments needing to be developed, including green development loans and green mortgages, with a special green classification within banks to be created.

It will work on six green finance-related projects, each proposed by a different location, with the hope the alliance’s approach will be disseminated to the rest of the region, said Ma, who remains a special adviser to the governor of the People’s Bank of China and is also the co-chair of the G20 Green Finance Study Group.

Hong Kong will start with a programme to help banks define green building standards and verification procedures. The city is also experimenting with a blockchain-based platform to trade solar assets, although regulators still need to give approval and recognise green credentials as a new asset class for market trading, Ma said.Tracy Wong Harris, deputy secretary general at the Hong Kong Green Finance Association, said that 70 per cent of Hong Kong’s carbon emissions come from electricity generation and consumption.

Most of the older buildings in Hong Kong need to be retrofitted to better conserve energy and water, although around 60 per cent of newly constructed buildings already meet green standards, according to Harris.

The situation is similar in mainland China, with around 50 per cent of new buildings meeting green standards while older ones need renovation.

“We have a lot of work to do to bring down carbon emissions as the majority of the old buildings are not retrofitted yet. That’s the key issue,” said Harris, who added that a green building can potentially reduce energy and water consumption by 80 per cent.

Shenzhen has, meanwhile, proposed decentralising solid waste treatment so that the entire region can benefit from economies of scale.

A green supply chain project will also be centred within the car industry, particularly electric vehicles, in Guangzhou, with 10,000 parts firms needing to “green” their production processes. Financing via international capital markets in Hong Kong and Macau may help lower funding costs for the project, added Ma.

This article appeared in the South China Morning Post print edition as: HK and Macau will join alliance backing bay area with no carbon emissions
Share it:
Back to all News
Tweets by HK Green Finance Association