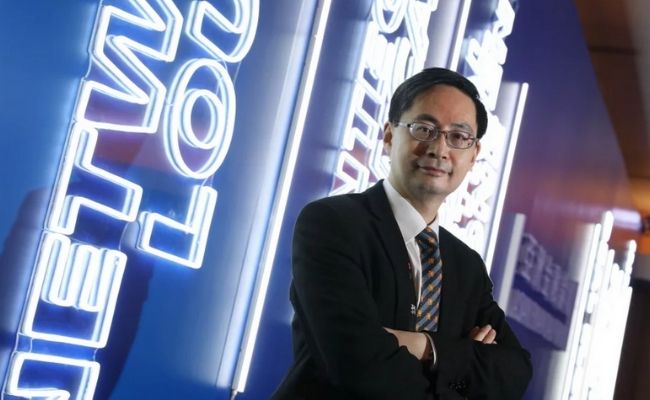 Hong Kong and mainland Chinese finance regulators have joined forces to promote the city as a green finance hub, inviting dozens of mainland companies to explore the benefits of fundraising with a view to ethical and social benefits.

More than 50 mainland banks and businesses have been invited for a three-day visit to Hong Kong.

Officials from the Hong Kong Monetary Authority, the People’s Bank of China and the Green Finance Association will brief them on how they can tap the city’s financial infrastructure for cheaper foreign-currency financing.

“[The regulators] provide a lot of information to the potential issuers, while we provide the Hong Kong perspective on what the institutional investors are looking for and how underwriters can help,” said Ma Jun, chairman of the Hong Kong Green Finance Association.

The invited firms include banks from eastern and southern cities and provinces, and companies in diverse industries, including new energy, water treatment, transit development, electric vehicles, agriculture, and desertification prevention and reversal.

Hong Kong saw the issuance of green bonds totalling over US$8 billion in the first nine months of last year, up “strongly” year on year, according to ­the HKMA. Mainland issuance rose 6 per cent to US$38 billion last year from 2017, Ma said.

The global total surged from US$104 billion in 2017 to US$144 billion last year – of which euro green bonds accounted for 42.1 per cent, followed by yuan-denominated bonds at 23.2 per cent and US dollar bonds at 19.3 per cent, according to Refinitiv.

Green bonds are financial instruments issued by companies to investors, whose proceeds are used on projects that bring environmental benefits.

Ma, speaking on the sidelines of the Asian Financial Forum, said attractions for mainland firms issuing green bonds in Hong Kong included lower dollar and euro financing costs and more flexibility in timing and size of issuance. Mainland authorities said they would relax policies to allow green bond issuers to ­convert foreign-currency proceeds into yuan and remit them to the mainland when they wished.

Ma said he expected Hong Kong green bond issuance to grow “strongly” this year, partly thanks to the concerted government effort. But he said the ­government could do more to help bolster the city’s green ­finance development.

“Hong Kong has a lot of money, but most of it is not managed in a green way, that is, they have not applied ESG [environmental, social and governance] investment assessment methodologies,” Ma said.

“The government should consider allocating more funds to green asset managers to help them grow … The funds could be from [the HKMA’s Exchange Fund] or provident funds.”

In Asia, Japan, South Korea and Taiwan have given specific mandates to global asset managers to help them with ESG investing.

Japan’s Government Pension Investment Fund, the world’s largest pension fund with US$1.3 trillion under management, aimed to raise its allocation to environmentally and socially responsible investments to 10 per cent of its stock holdings from 3 per cent in 2017, according to a Reuters report.

Meanwhile, Ma said Hong Kong’s banks could look to the mainland’s green loan regulations implemented in 2013 for ideas on how it wants to develop “green banking”. The regulations require banks to report green loan statistics and the environmental footprint of projects funded.

The association’s banking members – led by HSBC and China Industrial Bank – have formed a group to draft a set of green banking principles, he added.

The HKMA said a portion of the Exchange Fund is allocated to renewable energy projects such as solar energy and wind farms, as well as green bonds.