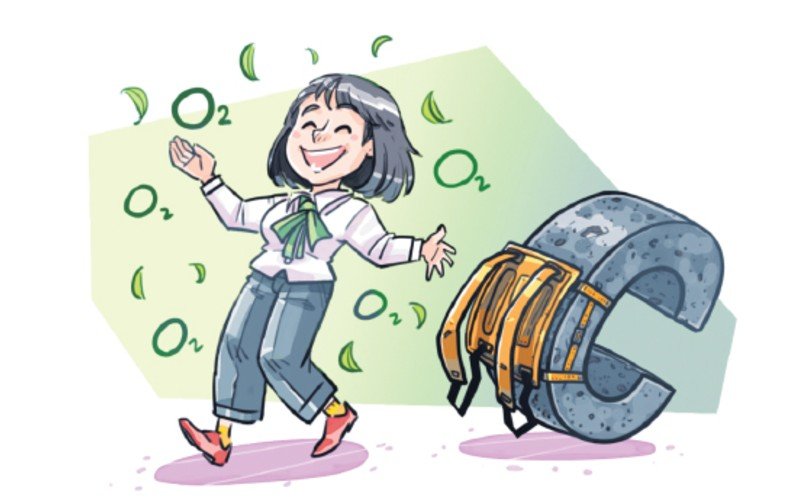 Estimates say China will need to invest hundreds of trillions of yuan in low-carbon projects in order to achieve carbon neutrality, underlining the need for green finance development

In his speech at the general debate of the 75th session of the United Nations General Assembly on Sept 22, 2020, President Xi Jinping pledged that China will strive to peak its carbon dioxide emissions before 2030 and achieve carbon neutrality before 2060. To achieve this goal, China needs to speed up large-scale decarbonization in the electricity, transport, construction and industrial sectors.

To realize carbon neutrality, China must dramatically cut production and consumption of and investment in carbon-intensive products/projects, especially those related to coal. At the same time, China needs to mobilize hundreds of trillions of yuan for low-carbon investments in the coming decades, in areas such as renewable energy, green transportation, green buildings, low-carbon manufacturing and forestry. Both the reduction of high-carbon investments and the massive increase in low-carbon and zero-carbon investments are tasks of the green financial system.

China first proposed building a green financial system in 2015, and has since developed a framework of such a system, which includes standards, disclosure requirement, incentives and products. China’s outstanding green loans is now the largest in the world, and its green bond market is ranking the second.

However, the current green finance standards, environmental information disclosure requirement and the incentives are not yet fully aligned with the goal of carbon neutrality, although they served the goal of reducing pollutions quite effectively in the past years. In addition, many financial institutions have not fully recognized the risks posed by climate change and have not taken adequate measures to manage these risks.

To ensure that most financial resources will flow to projects that are consistent with the climate goals, two key policy actions are needed.

The first is that local authorities and sectoral ministries need to develop clear roadmaps for achieving carbon neutrality, and come up with the right list of projects to be financed. Plans and policies for net zero development should be formulated as early as possible and key elements should be incorporated into the 14th Five-Year Plan (2021-25) for key industries. For example, in the energy sector, investment in new coal-fired power projects should be prohibited, while investment targets should be significantly raised for solar and wind power, as well as energy storage technology. A timetable should be set for banning the sales of fossil fuel vehicles, while enhancing support and subsidies for new energy vehicles and encouraging massive investment in EV charging facilities.

The second key action is to refine the green financial system, a task for financial regulators and financial institutions. In this regard, I propose the following initiatives:

First, green finance standards should be revised with achieving carbon neutrality as the goal. Although the People’s Bank of China, the central bank, has removed high-carbon projects, such as clean coal technologies, from the new version of the Green Bond Endorsed Project Catalog, other standards in green finance, including green credit and the green industry catalogs, have not been adjusted accordingly.

Second, financial regulators should require financial institutions to disclose environment-and climate-related information, including their green assets and brown assets (referring to fossil fuel energy projects), as well as the carbon footprints of these assets.

Third, only a few banks in China are conducting environmental and climate risk analysis, while many other financial institutions are not yet aware of the credit, market and reputation risks due to climate change and climate actions. Financial regulators should guide financial institutions to carry out forward-looking environmental and climate risk analysis based on best practices recommended by the Central Banks and Supervisors Network for Greening the Financial System－a group of central banks and supervisors committed to managing climate-related financial risks.

Fourth, a more effective incentive mechanism for green finance should be established. The People’s Bank of China should consider establishing a larger scale relending facility dedicated to low-carbon projects, allow green assets with lower risks to become qualified collaterals for commercial banks to borrow from the central bank, and incorporate the carbon footprints of bank assets into the assessment of banks’ green performance.

Fifth, the country’s foreign exchange reserve manager and sovereign wealth funds should actively carry out sustainable investment in order to guide fund managers to participate in green finance. They should establish screening mechanisms for green assets and selecting fund managers based on ESG(environmental, social and governance) criteria, develop capacity to analyze environment and climate risks, improve ESG information disclosure, and engage with companies that they invest with a view to improving the investees’ ESG performance.

Sixth, environmental and financial regulators should mandate environmental impact assessments of overseas investments, including investment in countries involved in the Belt and Road Initiative, and ban investments in polluting and high-carbon projects. Chinese financial institutions should be encouraged to pledge to substantially reduce and soon stop investing in or providing guarantees for new coal-fired power projects overseas.

Seventh, apart from investing in pure green projects, such as clean energy and green transport, support should also be offered to the low-carbon transition of carbon-intensive companies. For example, financial resources should be made available for energy and industrial companies to adopt low-carbon technologies, and for building owners to retrofit for higher energy efficiency. In Europe, funds that support high-carbon enterprises’ shift to a low-carbon model have been set up, helping avert job losses. Some transition bonds were issued to support energy group to introduce new energy projects and to finance ecological restoration abandoned mines. China could learn from Europe in this regard.