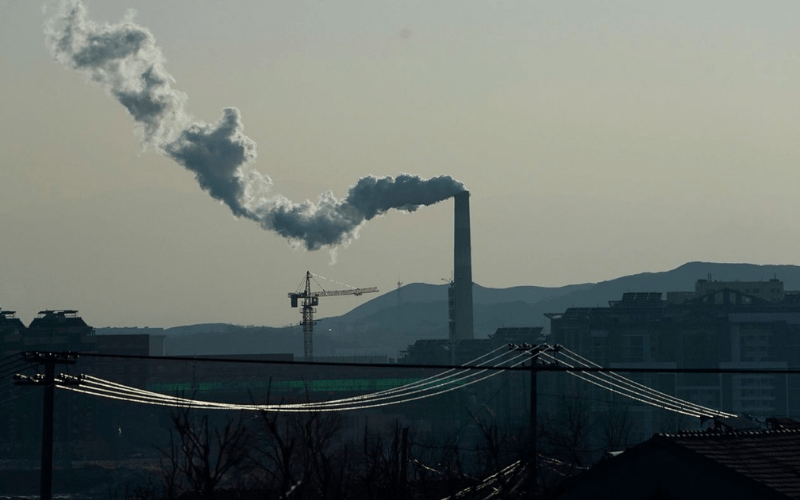 As the world’s two largest economies clash on human rights and trade, Washington and Beijing are inching towards cooperation on shared climate concerns through a G- 20 committee.

HONG KONG—The U.S. and China are quietly positioning themselves to cooperate on climate issues, raising hopes for the world’s two largest economies to work together on a shared priority as bilateral relations remain strained.

Last month, Treasury Secretary Janet Yellen told her G-20 counterparts the U.S. would co-chair a resurrected study group on sustainable finance that was discontinued two years ago, and which she said would be aimed at addressing climate-related financial risks and ensuring a green economic recovery.

Ms. Yellen didn’t identify the co-chair, but the next day, Chinese central bank governor Yi Gang told his G-20 counterparts that the bank was pleased to co-chair the sustainable finance study group. Mr. Yi didn’t mention the U.S. or Ms. Yellen, a former Federal Reserve chairwoman, with whom he has worked before on international economic issues.

Neither country is eager to take credit for the initiative. Rather, each side said they were approached about chairing the group and welcomed the opportunity. The delicate approach underscores the sensitivities in both countries about the virtues of working with the other side.

In the U.S., any attempt by President Biden to trumpet cooperation with Beijing invites criticism at a time when public sentiment toward China has fallen to all-time lows, fueled by mistrust over the pandemic and disputes involving trade, technology and human rights.

In China, too, many doubt the Biden administration will turn away from its predecessor’s confrontational approach, and instead fear an intensification of efforts to constrain China.

But both Beijing and the Biden administration have talked about the urgency of addressing climate change, and the need to work together on the issue.“Both sides are inching closer to each other and trying to make climate a safe lane for communication,” said John Podesta, founder of the left-leaning Center for American Progress think tank in Washington.

Even so, Mr. Podesta, who coordinated the White House’s climate policy under former President Barack Obama, warned that the heightened geopolitical backdrop could complicate any bilateral cooperation.

In response to questions, the State Department pointed to remarks by Secretary of State Antony Blinken last week calling for the U.S.-China relationship to “be competitive when it should be, collaborative when it can be, and adversarial when it must be.” Spokespeople for the Treasury Department declined to comment.

On Sunday, Chinese Foreign Minister Wang Yi described climate change as a common cause that could help improve U.S.-China relations.
Chinese leader Xi Jinping said in September that China would achieve carbon neutrality—net zero carbon-dioxide emissions—by 2060, with emissions peaking before 2030. Since then, Beijing has sent other signals pointing to a turn in its domestic energy policy.

The U.S. has recently agreed to rejoin the Paris climate agreement, though the accord is criticized by climate activists who say the commitments countries have made are insufficient for keeping the world from warming by 2° Celsius, the benchmark that many of them cite. Climate advocates have also expressed concern about Beijing’s commitment to fighting climate change overseas. Since 2000, Chinese policy banks have extended nearly $52 billion in loans to support coal projects through its Belt and Road Initiative, according to Boston University’s Global Development Policy Center.

Working together to fund greener energy sources in developing countries—and doing so through a multilateral body like the G-20—could allow Washington and Beijing to collaborate with fewer political pressures, said Li Shuo, a Beijing-based senior policy
adviser for Greenpeace.

In December, researchers at China’s environment ministry and international climate advocates called for more stringent environmental criteria for Beijing’s overseas investments. Senior Chinese government officials attended the report’s launch event, which has been interpreted as a signal of Beijing’s willingness to reconsider its overseas climate impact.

One of the strongest signals from Beijing so far has been the appointment of two highly-regarded officials to oversee climate-related policy. Experts in Washington and Beijing have interpreted these moves as an attempt by Mr. Xi to “ensure smooth channels with the U.S. on key climate conversations,” said Mr. Li from Greenpeace.

Last month, Beijing appointed Xie Zhenhua, who served as China’s climate envoy from 2007 to 2018, to his former position—an apparent olive branch to Mr. Biden’s climate envoy John Kerry, an old friend from their work together on the Paris Agreement.

Throughout 2020, Messrs. Kerry and Xie and their confidantes were in regular communication, according to people familiar with the matter, exchanging ideas and sounding out one another’s positions as the possibility of a Biden victory became apparent.

The two men have since been in direct contact, China’s Foreign Ministry said last month, while Mr. Kerry has praised Mr. Xie as “a capable advocate.”

Similarly encouraging for the Biden administration has been Beijing’s decision to tap Ma Jun to be China’s representative at the G-20 study group. Mr. Ma is an international heavyweight in environmentally sustainable finance and adviser on the report in December calling for stricter environmental criteria for Chinese overseas investments.

He earned his doctorate in economics from Georgetown University and worked at the World Bank, International Monetary Fund and Deutsche Bank before joining the People’s Bank of China as chief economist from 2014 to 2017 and special adviser since 2018.

Mr. Ma, who confirmed his appointment as China’s representative on the G-20 study group in an interview, said the U.S. Treasury Department and China’s central bank each proposed—independently from one another—upgrading the G-20 study group to a working group, which unlike a study group can make concrete policy recommendations. The full G20 is expected to approve the change, though the group’s agenda hasn’t yet been set.

The People’s Bank of China didn’t immediately respond to a request for comment.

While the G20 group is a multilateral forum, Mr. Ma said there was also a long list of potential areas of direct climate collaboration with the U.S.—including the financing and development of cleaner energy technology in developing countries.